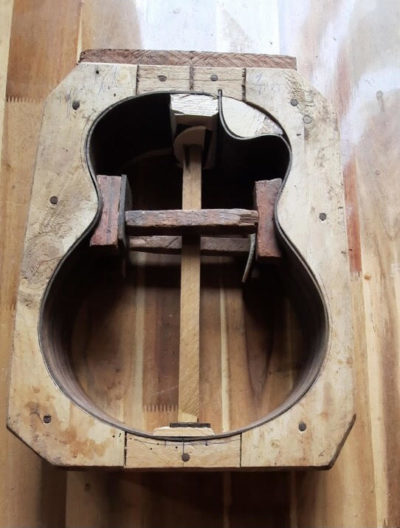 August 7, 2021 by matt In Noah Ukuleles new stock No Comments

I hope everyone is keeping well, and having a lovely summer. We have been very busy in the workshop and have lots of ukuleles, including a new model, arriving soon. Here’s a summary of what will be available:

I’ve had a number of people getting in touch over the last year asking about the possibility of adding a Super Tenor to the Noah range – and so that is exactly what I’ve done 🙂 For anyone who doesn’t know what a Super Tenor is, it’s basically a ukulele with a tenor scale neck but with a larger baritone size body. This essentially makes it a big-bodied tenor which gives improved resonance, projection and sustain – but crucially the scale length is the same as a standard tenor so it will feel different for your fretting hand. I’ve paired Mahogany back and sides with a Spruce top for this ukulele and there is also some very nice abalone edge binding which you might recognise from the Noah Rosewood / Spruce Concert. The Noah Super Tenor should be available from September 2021 for £289, which will include a soft padded case and free UK delivery.

For pre orders, send an email to: matt@noahukuleles.com

Coming back in stock

As many of you know, we only have small workshop and so are limited to the number of ukuleles we can make each year. As a result, some models have been out of stock for a while. The following ukuleles have been unavailable for some time, but happily will be back in stock from September:

All of the ukuleles described in this post should be available from September 2021 but as always you can keep up to date with all the latest news by following the Noah Ukuleles Facebook page.