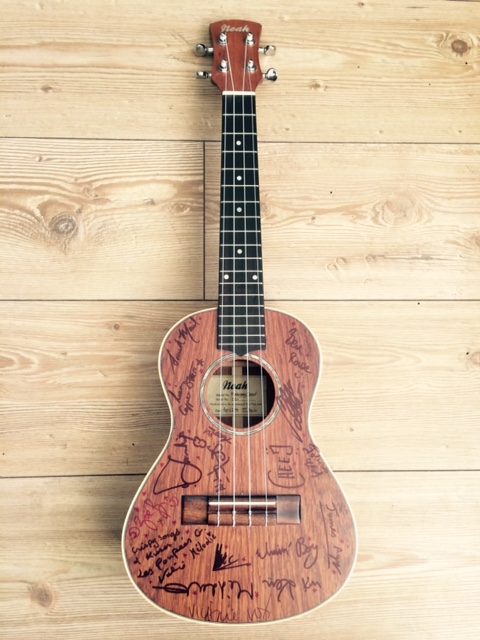 December 5, 2015 by matt In Competition No Comments

It’s time for a very special competition! The first ever Noah Mahogany Tenor (serial number 001) is up for grabs and, if that wasn’t enough, it’s been signed by an all-star cast of Ukulele artists, including the following:

All you have to do to be in with a chance of winning is:

The draw will be made on Sunday December 13th and the winner will be contacted via facebook and /or email. Good luck everyone!